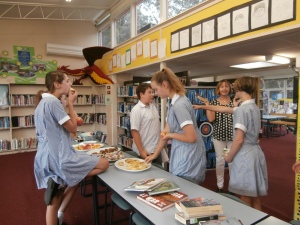 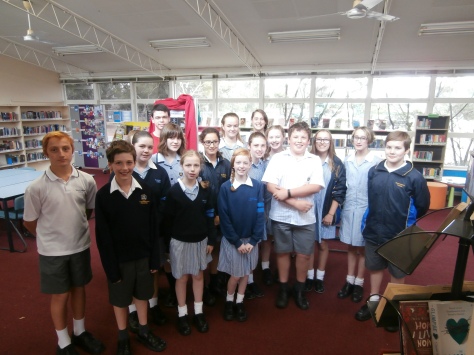 Sandy 7-10 Book Club held its first meeting for 2015 last week.  Students meet every week to discuss books, compete in Sandy Readers’ Cup and participate in fun activities based around YA fiction.  Students were lucky enough to meet Jack, an original member of book club run by Mrs Holmquest.  Jack completed Year 12 at Sandringham College last year and will continue his studies at Deakin University, he was an avid reader during his time at the college.

During the first meeting students discussed World War I fiction, new books are being released regularly to coincide with the 100 year commemoration of the landing at Gallipoli.   Popular titles amoung students are

2015 book club members are in the process of deciding which two books to read for the Sandy Readers’ Cup. Students have so far recommended